Research - AI in general - Philosophy and Future of AI

The Philosophy and Future of AI

I'm a strong believer in actually building things rather than just talking. But like everyone else in the field, I've got some informal thoughts on what it's all about. Here's my current set of conclusions. I have written a popular science talk on this.

The Turing Test is the wrong way to think

For me, AI cannot just be about getting systems to do apparently intelligent things - for then all of computer science could be AI. The functional approach, started by Turing, of building systems to do things by any means possible, is worthwhile enough, but it is engineering - plain programming, hacking. More interesting to me is the question: How do living systems do it? I want to see an AI that can make some contribution to cognitive science - an AI that works the way that living things might plausibly work.

I don't think we have to be over scrupulous about this. The standard I would set is simply that an AI model should be evolutionarily-plausible. I want to see the path along which it could have evolved incrementally from simpler models by natural selection. For me, symbolic AI currently fails this test. (How do symbols evolve from nothing in the infant mind?) As does supervised learning. (Who is the teacher supplying explicit I/O pairs?) I would like to think that I am working on evolutionarily-plausible methods of action selection.

I also think that a sound model of human-level intelligence has to wait until we have a much better model of the underlying animal. It seems to me that language etc. is something which requires as a substrate an already fully-functioning, mobile, pre-linguistic creature. I don't see how you can be intelligent without being a mobile, tactile animal first (that is, I don't believe in the possibility of disembodied, linguistic-only, Eliza or HAL like intelligence). In lyrical terms, if we ever want to make a H.sapiens, the challenge now is to make a H.erectus.

While I think AI is possible in theory, that is not the same as saying that society will ever actually build a race of AI's in practice. Here's why the AI project, while it will get a good way along the road outlined above, will start to stall before full AI is ever reached:

So AI is possible in theory (materialism is true) but pretty much impossible in practice (the planet is full). And even if it were possible in practice, the process would not be fun, and could easily stall before full intelligence was reached because of non-cooperation by the creatures themselves.

So what's the answer? The answer is that we don't make AI's, because there's no room for them. The answer is that "Robots shall inherit the Earth; and they shall be Us ..." This would be the nicest future. No AI's as a separate, enemy species. No Terminator wars. Rather, AI's being us. Us human beings, finally figuring out how we work and gradually, over hundreds of years, becoming full AI's ourselves. Us having all the fun, us getting to go to the stars instead of our ungrateful creations.

And of course this also means: Us going immortal. The mind, the body, and why they die, are scientific problems and some day they will be solved. Not in our lifetimes, not in fifty years or any of the other absurd estimates made by AI promoters. Two hundred years would be a more reasonable estimate. But someday, if civilization continues, someday these problems must fall. Immortality is inevitable, real immortality, not in an imaginary spirit world, but here in the real world. The only world there is.

Still sceptical? Well what alternative future do you imagine then? Do you really think that humans are going to go on being forced to die by nature for the next thousands and thousands of years?

Maybe you could live forever now

Humans will live forever, but our descendants, not us. Right now everyone dies, and most people are so blinded by their culture that they accept this as natural and even good. They are free to die if they like it so much, but some of us would be quite happy to be immortal (or at least to have the choice) and we think wistfully of that future day when this will become possible.

The methods below offer only the slimmest of chances of surviving to see that day, but the alternative is no chance at all. Anyway it's great to see people challenging this huge taboo. Death may be natural, but that doesn't mean we have to accept it. We're in charge now, not stupid uncaring nature.

My family tree pages are really a labour of love for ordinary, mortal, unknown humans, those who will have no biographies written about them, those who died too long ago to be missed. No matter what disasters happened to your life, or how early it ended, these carefully compiled pages show that you too once lived, your heart once beat, you were young and anything could happen. And then the moment passed and you vanished into the night.

Someday, when death is voluntary, there will be a record of the earliest-born person in history to go immortal. The methods above may be hopelessly optimistic, but on the other hand, it is just about credible that that person's birthdate might be as early as the twentieth century.

The human condition.
Maybe this will change some day.
From cectic.com. See terms of use. 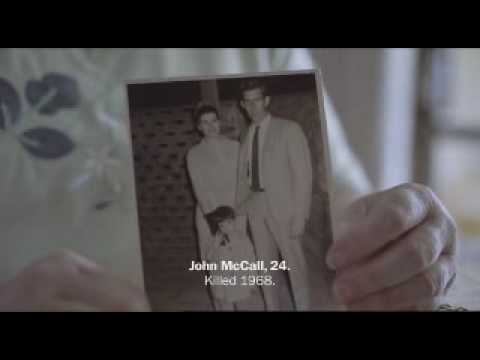 "Pictures of You". Road safety ad from Transport Accident Commission (TAC), Victoria, Australia.
Maybe we will do something about death one day.